I’ve been listening to a lot of Country music this week, and I find myself falling further in love with this music Genre. Perhaps I’ve lived in Florida too long. Country music is the sound of the South .. it’s the heart beat of our life. Perhaps its that storytelling aspect each Country song has that is very relatable to the average persons life. Country music is said to have its roots in Scottish folk music – being that the Scots settled in the Blue Ridge and Appalachian Mountains when they first arrived. A blend of Celtic folk and the blues. It’s only natural that I’d find comfort in the songs that sound so familiar.

It was very late one night – or perhaps very early one morning – that I first heard this song on the radio. I was blown away by the passion behind the words and music. I’d not really heard Brantley Gilbert’s music before that night, but now I have several of his album downloaded to my new Country Playlist.   I think I’m attracted to the singer songwriters more than other performers simply because their heart shines through the music – they write these songs for a very specific reason and that meaning can only be portrayed purely by the songwriter.   Gilbert’s no exception.  He pours his heart in to his music, and it shows!   I may not agree with Gibert’s politics – or most recent tattoo – but I do think the man is wicked talented!

Currently touring across the country you can find full tour dates at Gilbert’s website.  Supporting his latest album “Just As I Am”.

This week’s Sounds of Sunday Pick:  “You Don’t Know Her Like I Do” by Brantley Gilbert


Hello Sounds of Sunday – out of all my blogging it is this feature that I have missed the most!! I’ve been listening to some incredible music the past year, discovering bands that are very new to me, and I am remiss to have not shared these discoveries here. Out of all the music found, today’s featured band is by far my favorite. Surpassing my love for U2 even. 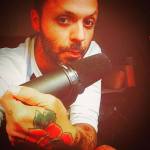 In July I had the opportunity to attend an Open Book concert with Justin Furstenfeld, the lead singer of Blue October. Not your typical rock concert, the Open Book tour allowed the fans a peek into WHY he wrote the songs he did. As a writer I was first attracted to Blue October for the amazing lyrical content of the songs. Justin is not only a rock star,but an incredible story teller. His songs have deep meaning that I think many of us can find relevant to our own lives.  During the Open Book Tour, Justin led us on a journey from the founding of the band, through his battle with drugs and alcohol addiction, a fantastically humorous story of a BEE and finding his higher calling, and now sobriety and beautiful family.  The video below is one of my favorite songs from Blue October “Calling You”, taken at the Orlando Open Book tour from my balcony seat at the Dr. Phillips Performing Art Center.

Blue October came in to existence after a 16 year old Justin performed a song about a suicidal teen (video here).  The rest of his band mates parents were concerned Justin was a bad influence on the others .. so Justin said (and I paraphrase) “That’s OK .. I’ll start up a new band called Blue October.”  And that was that!   The first album was released in 1998, and the band has been growing strong ever since.    Take a moment today and listen to the latest album “Sway” – and you will hear what I do.  A passionate lyrical genius with an intense understanding of how music and words combine to create musical magic!   The most popular song from that album is “Hate Me” .. but that’s not my favorite song.  “Hate Me” was written by Justin for a lost love as he was in the height of his addiction.   He explained that even the lyrics were a lie “I’ve been 3 month sober …”

It’s hard for me to pick a favorite off this album .. “Sway” is relevant to me and where my heart is right now.   “Come In Closer” too is an amazing love song of need.  But if I were to pinpoint my FAVORITE .. it would be “Fear”.  It’s a message of hope, and strength, and over coming our demons in life.    Justin and the band are in Studio now recording their next album.  It has been fascinating following him on Facebook as he discovers the lyrics.  (he’s the only Celeb I intentionally seek out and read on FB daily).  I for one can not wait for this next album to be released!  I’m now a fan girl for life.

This weeks Sounds of Sunday pick – Blue October with “Fear”

I am a HUGE fan of the show The Voice.  I get so excited to hear the potential future stars.   Even though many times my favorites don’t actually win the whole show.  But more often, the artists I pick have gone on to have incredibly successful careers.  Which is why I’m so excited to be featuring the Swon Brothers this week in Sounds of Sunday.

The Swon Brothers took full advantage of their exposure on The Voice to launch their carers, and became nominated for their first CMA Award for Duo of the Year.    Their debut album is due to be realeased on October 14th, and their first single has already hit the airwaves and is rapidly climbing the charts!  Not too shabby for a couple of unknown brothers from Oklahoma!

The new album is a collaborative effort in writing, as they reached out for rich material for their first album.  ““We didn’t really have a formula,” Zach says, “but we picked songs that – while musically different – allow our harmonies to lay in perfectly. I think that’s what’s going to be the tie that binds everything together on this project.”

As I dive more and more in to the Country music genre, you can bet the Swon Brothers album will be the next new addition to my personal library!

Sounds of Sunday Pick: The Swon Brothers, Later On

"--- you don't reach Serendib by plotting a course for it. You have to set out in good faith for elsewhere and lose your bearings… serendipitously."

Meet Jaci - Really just a girl trying to discover what life is all about! Hopeful romantic .... in love with fairy tales, folk stories, music and laughter.